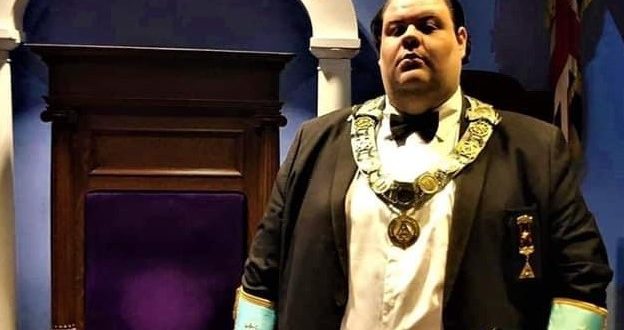 Originally planned for March 2020, it had been rescheduled to October 2020. It was slated again to be in person on March 27, 2021 in Port Elgin but the situation made an alternative meeting necessary.

The annual gathering discussed the current affairs and business of the province and the direction it will take over the year ahead.

Part of the meeting was the election of new officers. This year saw an historic first with the elevation of Sir Knight Michael Thomas as the 75th Provincial Grand Master. At the age of 29 (six days short of his 30th), he is the youngest in 150 years of a provincial chapter operating in Ontario to occupy the post. He takes over from M.W. Sir Knight Ron Sharpe who served from 2018-2020.

Sir Knight Thomas has spent 10 years in offices at the Provincial body, with the last seven years serving as the Provincial Grand Registrar. In his address to delegates, he laid forth his vision for the chapter in Ontario West with emphasis on witnessing for the gospel and the Lord Jesus.

Along with Sir Knight Thomas the following were elected as his associate officers: