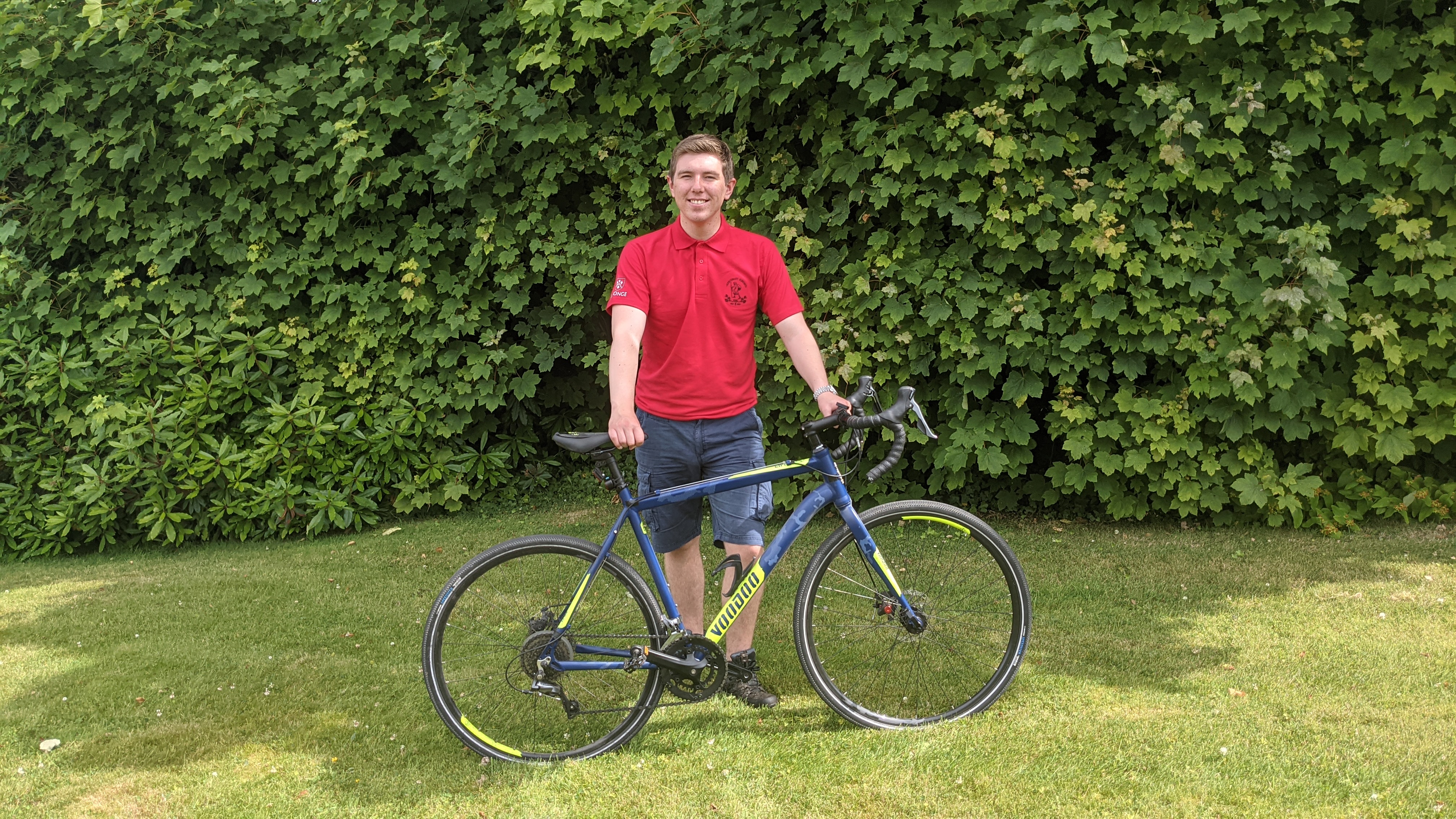 The final countdown is on for the Royal Black Institution’s “Centenary Circuit”.

To celebrate 100 years since the foundation of Northern Ireland, relay teams of Sir Knights are set to embark on a sponsored lap – on foot and bicycle – of the Province next month.

All money raised during the “Centenary Circuit” will be donated to the Institution’s Designated Charity Appeal, The Somme Nursing Home in Belfast.

The sponsored walk and cycle forms part of the Loyal Order’s programme of events to mark the 100th anniversary of Northern Ireland.

The “Sir Norman Stronge Memorial Project” sees the Institution celebrate Northern Ireland’s centenary and also commemorate the life of a former Sovereign Grand Master who was murdered by the IRA.

Final preparations are currently being made to the Centenary Circuit, which will take place over a 10-day period (August 16-20 and 23-27).

Billed as a chance to “Rediscover your home”, the route – which takes in all six counties of Northern Ireland – has been divided into 29 different sections covering a total of 176 miles, and caters for walkers of all abilities.

Starting from Sir Norman Stronge’s home, Tynan Abbey in Co Armagh, on Monday, August 16, some sections are one to three miles long, while those who fancy a stiffer challenge can sign up to a 10-mile hike in the Mourne Mountains on August 26.

The event concludes with a three-mile walk to the finish line at the Institution’s new headquarters in Loughgall on Friday, August 27.

Organisers believe the Centenary Circuit offers Sir Knights, their families, friends and supporters, an exciting and unique opportunity to mark the centenary of Northern Ireland.

The event was officially launched last month, and the response so far has been overwhelming – however, organisers are keen to stress that there’s still time for people to put their best foot forward and get involved!

One of those behind the exciting project is Sir Knight Calvin Reid, of Glentimon RBP 416.

He said: “We’re delighted with the number of people who have signed up so far – but there’s still space in the schedule to squeeze on a few more participants.

“We’re pleased that the Centenary Circuit has caught the imagination of Sir Knights across the Province.

“Marking the centenary of Northern Ireland is of utmost importance to many people, however opportunities to do so have been severely curtailed by the Covid pandemic.

“The Centenary Circuit offers people the opportunity to mark this milestone in a safe and enjoyable way. It will also afford great opportunities to explore all the amazing scenery which our beautiful home has to offer, alongside the chance to renew old friendships and form new ones.

“Routes have been designed in such a way as to cater for all ages and abilities in order to maximise participation. Some routes are arduous and challenging whilst others are leisurely and relaxing.

“Regardless of your age or ability, we have a route for you!”

Sir Knight Reid said the Centenary Circuit would be the perfect opportunity for Sir Knights to get back out in the fresh air after months of lockdown.

“Many people have been denied much-needed social interaction as a consequence of coronavirus restrictions. The Centenary Circuit will provide people with a valuable opportunity to rectify this,” he said.

“The beauty of the Centenary Circuit is that it offers so much variety. The scenery varies greatly from urban to rural, from footpaths to remote grassy tracks, from mountains to valleys, from lakes to beaches, and from shoreline to forest.

“Almost all routes have some historical significance to our country, which we felt was very fitting. The Circuit takes in castles, stately homes, ancient ruins, hero’s graves and historic churches.

“To add to the social element, we have planned a social function each evening to bring together participants and supporters in a relaxed environment after the day’s walking. Refreshments and entertainment will be provided, and we hope that this will provide an opportunity for people to build friendships and connections.

“We also hope to showcase some of the very best cultural talent which our community has to offer.”

The Centenary Circuit is a fresh, innovative venture by the Royal Black Institution, and one which Sir Knight Reid hopes will resonate outside the Loyal Order.

He said: “The Institution has never undertaken a project of this kind before and whilst it is somewhat of a step into the dark, I believe that it will demonstrate the outward, positive looking vision of our Institution, and will create an invaluable opportunity for positive engagement with wider society.”

Another major ambition behind the Circuit is to raise funds for The Somme Nursing Home.

Participants and supporters can donate online via a form on the Institution’s website.

“The Somme Nursing Home delivers a fantastic service to those in need and is another convincing reason to participate in our project,” said Sir Knight Reid.

“The home has cared for service personnel and veterans from 1914 to the present day.

“Indeed, it’s a fitting cause for our Centenary Circuit as it is situated at the one-time home of Sir James Craig, the first Prime Minister of Northern Ireland.

“So the Centenary Circuit – which is open to absolutely everyone – not only offers participants the chance to mark the centenary of Northern Ireland and explore the amazing scenery of this place we call home, but it’s also an opportunity to raise funds for our brave veterans and give a little back to those who have served their country and sacrificed so much for all of us.”

Full details of all the Centenary Circuit walk and cycle sections, plus how to get involved and how to donate, are available via an online form on the Institution’s website, www.royalblack.org