The Royal Black Institution expresses its deep concerns about the NI Protocol that has been forced upon the people of Northern Ireland. This Protocol has no democratic legitimacy, it does not have the consent of the people who live in Northern Ireland and it breaches the Good Friday Agreement and the Act of the Union. In short, it diminishes the sovereignty of our United Kingdom and therefore greatly diminishes our citizenship as an integral part of that United Kingdom.

The fact that the EU threatened to use the Protocol to unilaterally stop the movement of vaccines to GB and Northern Ireland in the time of a pandemic, clearly demonstrates that this Protocol, rather than protect the citizens of Northern Ireland, puts the lives of all our citizens (both in Northern Ireland and in Great Britain) at severe risk.

Since the EU has clearly demonstrated that it will use the Protocol to put its citizens first, regardless of the consequences for the United Kingdom, we would recommend that this iniquitous Protocol be removed, and a new set of rules based on free movement of goods and services within the United Kingdom be drawn up. This must also include the removal of Northern Ireland citizens and territory from the EU Customs arrangements and the laws of the European Court.

The Royal Black Institution therefore demands equality for the citizens of Northern Ireland by the removal of the NI Protocol to allow our members to continue and further develop social and responsible citizenship as full, free and equal citizens of the United Kingdom of Great Britain and Northern Ireland, as outlined in our Mission Statement.

We would also call the people to pray about the current developing situation, remembering the promise of God as found in 2nd Chronicles Chapter 7 and verse 14:

“If my people, which are called by my name, shall humble themselves, and pray, and seek my face, and turn from their wicked ways; then will I hear from heaven, and will forgive their sin, and will heal their land.” 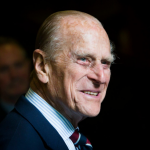